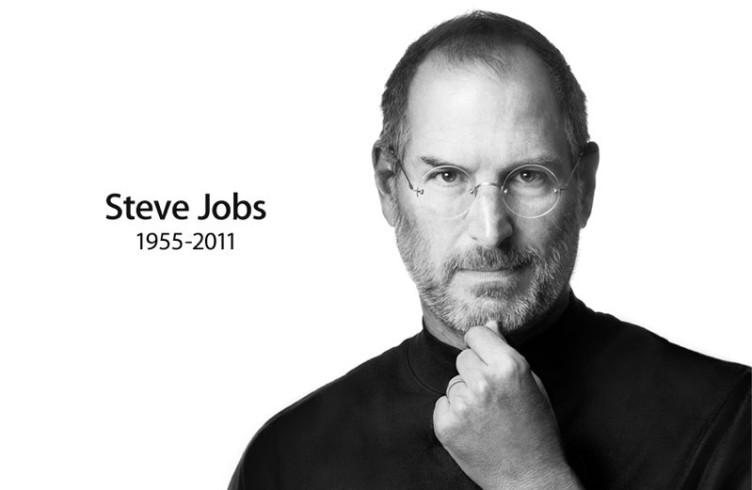 A lot of people in this world know who Steve Jobs is but if in case you are not too familiar with him, he is the late co – founder of Apple. Without him, the Apple products that we see right now might not even exist. His death has managed to make people look closely at the things that he has produced, the things that he has changed for the better. He did not just leave some great products that can be modified to become better in the future; he also had some quotes that can be considered as ‘inspiring’ by a lot of people.
Want to know more about some of the inspiring quotes of Steve Jobs? Then read on.

[1] Steve Jobs on priorities in life 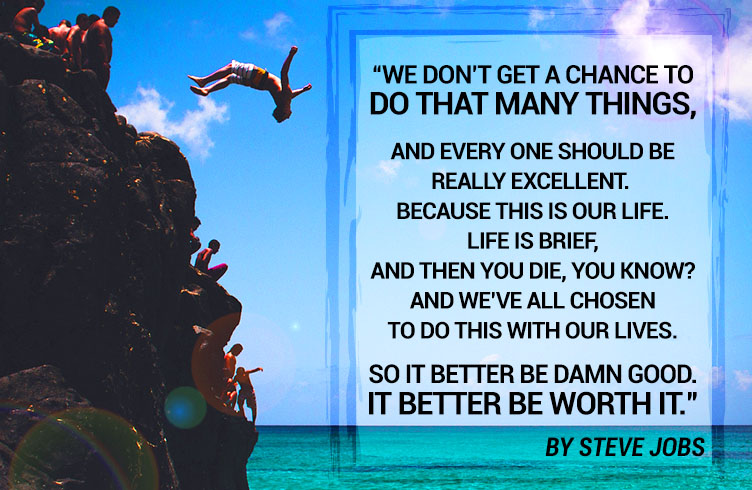 “We don’t get a chance to do that many things, and every one should be really excellent. Because this is our life. Life is brief, and then you die, you know? And we’ve all chosen to do this with our lives. So it better be damn good. It better be worth it.”

Steve Jobs: ...every one should be really excellent. Because this is our life. Life is brief, and then you die... Click To Tweet

When you think about it, this is true. We only have one life to live. Should we just live without thinking about how we are going to leave a legacy to the world? Would you like to be remembered as that nameless person who did nothing but go through the motions? When you leave the world, you would want to create an impact because this can be your ultimate source of fulfillment.

[2] Steve Jobs on managing your time 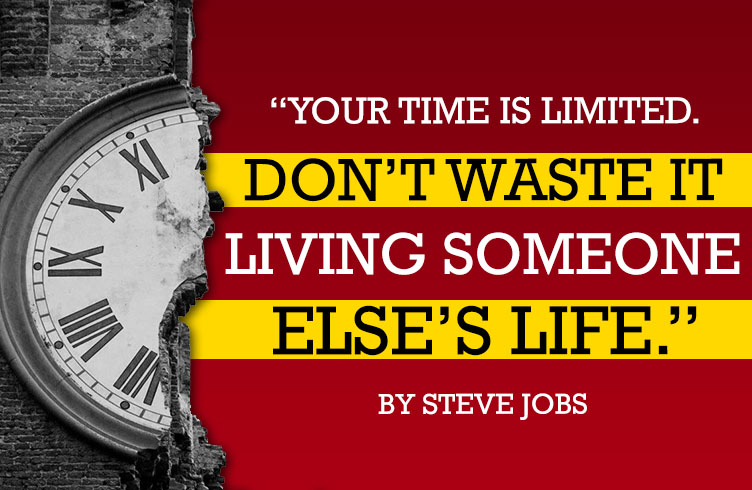 “Your time is limited. Don’t waste it living someone else’s life.”

One of the mistakes that you might have made and a lot of people made in the past is they tend to imitate one person because of different reasons. It might be because you have admired a person so much that you would like to be like him/her but in the long run, living someone else’s life will not give you happiness because you are not being you. You are created unique and different from everyone else in this world. Since you do not have forever to live your life, live your life as you would like to live it instead of being obsessed with copying someone else’s life. 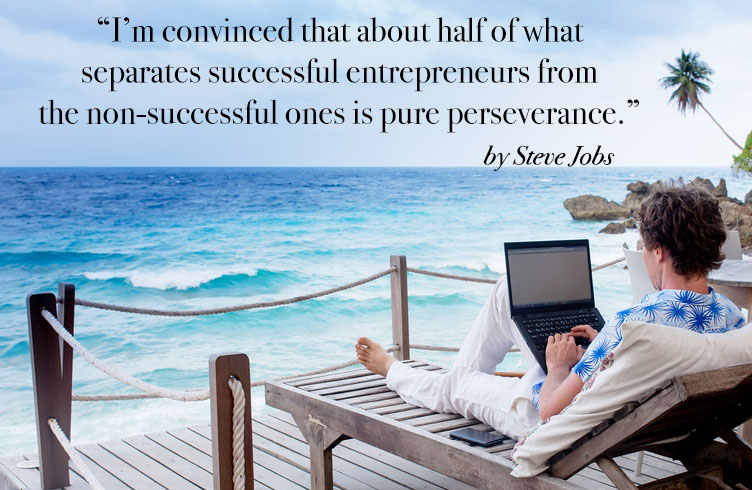 “I’m convinced that about half of what separates successful entrepreneurs from the non-successful ones is pure perseverance.”

Steve Jobs: ...half of what separates successful entrepreneurs from the non-successful ones is pure perseverance Click To Tweet

You may want to become an entrepreneur and it is highly likely that you would like to become successful at it but you may be disheartened when you hear about the stories of your fellow entrepreneurs who were not as successful as they have hoped. Do remember that when an entrepreneur or even a regular employee, a doctor or anybody is persevering, he will be able to reach more things and get more opportunities in the future.

“You can’t connect the dots looking forward; you can only connect them looking backwards. So you have to trust that the dots will somehow connect in your future. You have to trust in something — your gut, destiny, life, karma, whatever. This approach has never let me down, and it has made all the difference in my life.”

Steve Jobs: ...You have to trust in something — your gut, destiny, life, karma, whatever. This approach has never let me down... Click To Tweet

Not having a belief in anything is usually the downfall of a lot of people. They become too wary and too straight about the future that they tend to not think about the other forces of life that may be gently swaying them to the right path. 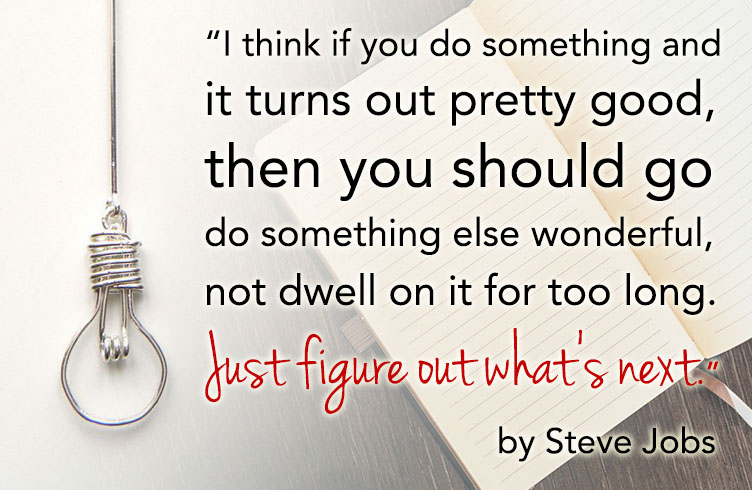 “I think if you do something and it turns out pretty good, then you should go do something else wonderful, not dwell on it for too long. Just figure out what’s next.”

Steve Jobs: ...not dwell on it for too long. Just figure out what’s next. Click To Tweet

Doing something good today and being able to accomplish something today does not mean that you will bask in that forever. You would have to appreciate your good work and know that you have accomplished something but you should also move forward so that you can create far more superior things than you have imagined. 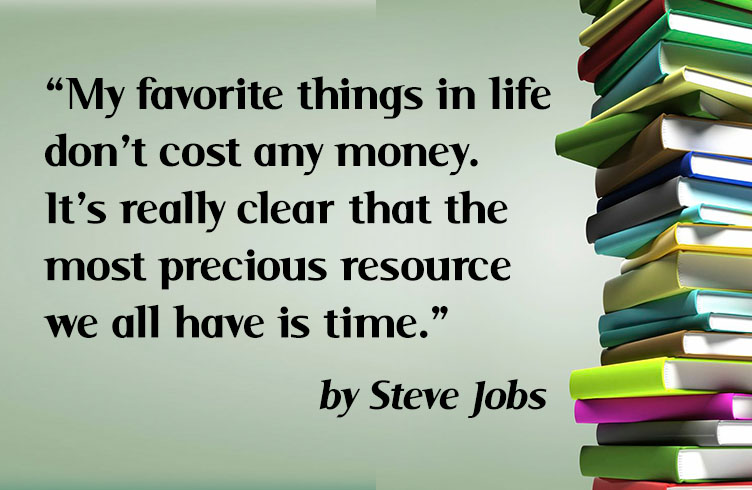 “My favorite things in life don’t cost any money. It’s really clear that the most precious resource we all have is time.”

Steve Jobs: ...It's really clear that the most precious resource we all have is time. Click To Tweet

At this point in time, we always hear people saying that they would need to work so that they can buy the latest gadgets, the latest items and basically the best things in life that money can buy. Living comfortably, having a good house and having all the material things will not be enough to make people happy. Most of the time, the things that people will appreciate most can be acquired without money. Time is one thing that we cannot bring back. It is something that we always lose.

[7] Steve Jobs on what matters 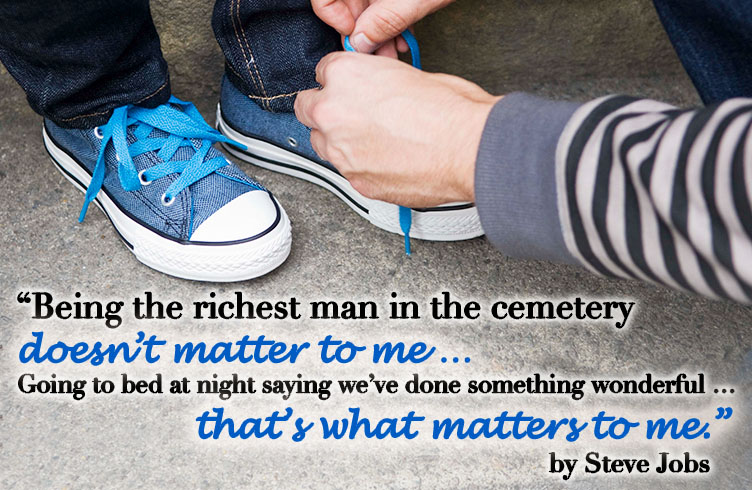 “Being the richest man in the cemetery doesn’t matter to me … Going to bed at night saying we’ve done something wonderful … that’s what matters to me.”

Steve Jobs: ...Going to bed at night saying we’ve done something wonderful … that’s what matters to me. Click To Tweet

If all that people will think about is being rich, it will not do a lot of good in the future. If you become rich but you have acquired it through negative scheming and stepping on other people, will your conscience let you sleep at night? If you know that you have done something that is good enough, that is when you will be able to feel fulfilled. 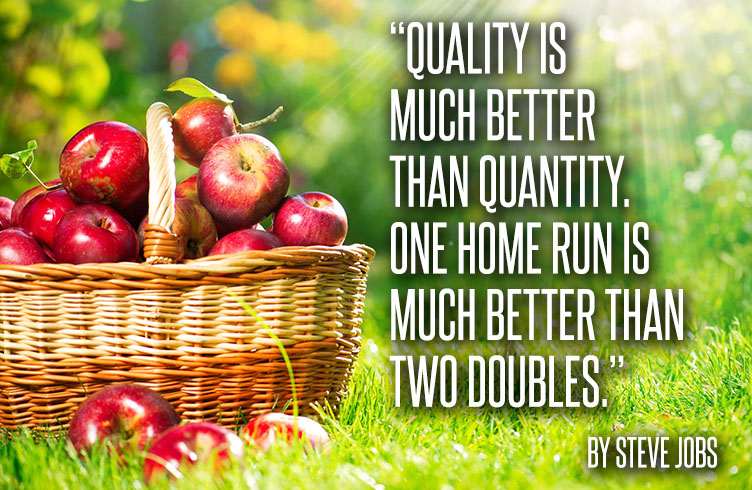 Are you always tempted to purchase something because it costs cheap? Are the things that you purchase almost always disposable? Do remember when you buy something that is expensive but can last a long time, it will have more worth than something that you have bought cheaply and used just once. 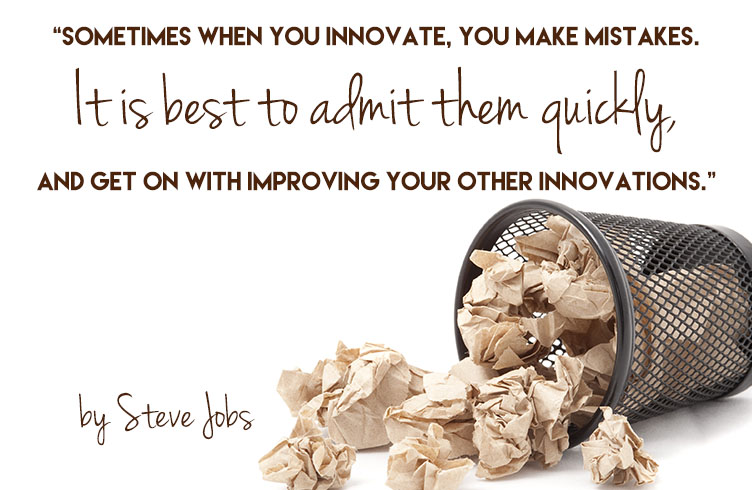 “Sometimes when you innovate, you make mistakes. It is best to admit them quickly, and get on with improving your other innovations.”

Steve Jobs: ...you make mistakes. It is best to admit them quickly, and get on with improving your other innovations. Click To Tweet

It seems that there are some people who are quick to anger whenever other people will point out their mistakes. If you know that you have made a mistake, admit it. It will pass more quickly than trying to cover up the mistake that you have done. Once you are able to admit your mistake, you will not do it again and you can begin improving on other things that are worth your while.

“Innovation distinguishes between a leader and a follower.”

It is true that a lot of people have great ideas but most of the time; they do not act on it. Do you have a great idea that you think will help whatever task you are doing? What will you do to improve on that? If you would just let your ideas go to waste, you will continue being a follower.